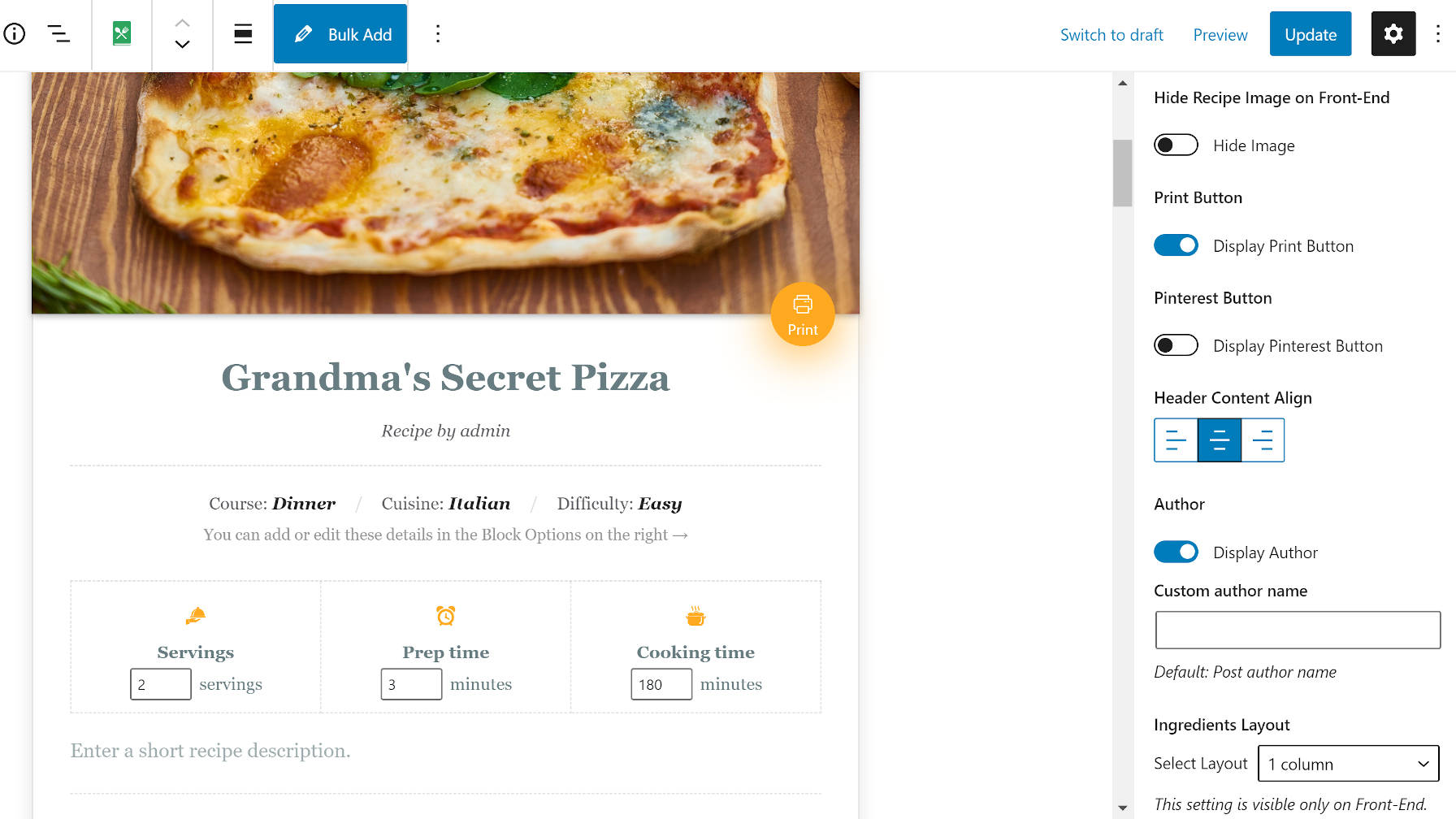 After publishing a post about the new Recipe Block plugin last week, several people were quick to point out that WPZOOM had released a recipe-related block plugin two years ago. Among them, was the plugin author, Pavel Ciorici. I had previously tested the Recipe Card Blocks plugin and thought it fit into that “overly complex” category that is not ideal for the average user who wants to share a recipe here or there. However, it may fit the bill for more dedicated recipe bloggers.

Over the past few days, I have been testing the plugin and giving it a more in-depth second look.

My thoughts on the plugin? Not much has changed. I would still recommend the Recipe Block plugin that I covered last week for its simplicity and ease of use. However, this is not a comparison post. There is a lot to like about WPZOOM’s Recipe Card Blocks plugin, and it caters to a similar but somewhat different audience. It is also not a single block plugin and would never be in the official WordPress block directory in its current form. Instead, it is a more fully-featured recipe plugin. Blocks are merely its primary component.

Recipe Card Blocks is packed full of options and features. If that’s your thing, it might interest you as a potential user. And, the pro version tacks on tons more, such as star ratings, social sharing, and adjustable serving sizes from the front end.

The primary feature of the plugin is its Recipe Card block, which outputs Schema markup. This could give a search results boost or at least help search engines understand that you have a recipe on the site. For serious recipe bloggers, this is probably one of the most important features this plugin offers.

The question is really if the plugin’s Recipe Card block is worth using. For users who want options, options, and more options, the plugin offers at least a couple dozen of them for this one block alone. It has a plethora of toggles, inputs, buttons, and other things to customize. The downside is that it can be a bit overwhelming. With so many options, it also means the plugin developers must maintain tighter control over the elements within the block, which can mean less flexibility in other ways.

The block includes the standard fields that one might expect for a recipe card, such as servings, cook and prep time, ingredients and directions lists, and an image. However, it goes above and beyond by including extra features like:

One of my favorite features of the Recipe Card block is that site readers can check off ingredients on the front end. For ingredient-heavy recipes, this can be a time-saver in the kitchen as you gather the things you need to get started.

The default design is beautiful. There is ample spacing between elements. The sections are clearly separate so that there’s no confusion for the reader. It simply looks good.

However, there are some limitations and issues. At times, the default design is too opinionated, overruling theme styles. It also does not support wide alignment and has a hard limit on its maximum width of 750 pixels. This could make it undesirable with some site designs. Nevertheless, the plugin team made generally smart design decisions. It should work well within most contexts.

What makes the Recipe Card block tough to use is that end-users must jump back and forth between the post content area and the block options in the right sidebar panel. For example, users must add the course, cuisine, and difficulty text in the sidebar but add the servings, prep time, and cooking time in the content editor.

Entering items in the ingredients or directions lists also requires more work than one might think. Typically, in visual editors, simply hitting the Enter key should create a new list item. This is not the case with the Recipe Card block. Even tabbing moves users to other controls instead of hopping between items in the list. It is particularly frustrating if you prefer to use the keyboard over the mouse.

These usability issues keep the plugin from being simply a good plugin rather than a great plugin. User experience issues are not insurmountable. They can be addressed, and I hope the team can continue iterating on and improving the experience.

I would also like to see the block opened up for the addition of other inner, sub-blocks. Currently, the layout is locked in place. While it may be suitable for some users, locking the block template means that users can neither move the current elements around nor add custom sections that suit their needs. Locking the block means that the plugin author retains control over much of the output, which can sometimes be a good thing — quality control. However, it makes the block less flexible.

This inflexibility is somewhat mitigated with the plugin’s other blocks. While the Recipe Card block is the primary feature of the plugin, it does break its sub-elements down into individual blocks that users can use to create their own layout by dropping them into a Group or other container-type block. It offers the following extra blocks:

With a little ingenuity and perhaps a plugin like Block Pattern Builder (a plugin that I maintain), end-users could create custom, reusable recipe layouts.

The thing I dislike about the plugin the most is that it outputs a “RECIPE CARD PLUGIN BY WPZOOM” message in the front-end post content output. This message is hidden in the editor view. Plugin users can see it only on the front end. For the average user, there is no easy way to remove this message without upgrading to the pro version of the plugin, which costs at least $69.

Frankly, commercializing the removal of a credit link a shady business practice. It is a tactic that preys on those who do not know how to code. Sorry, I got no love to give for this.

This was frowned up 10-15 years ago when theme authors were doing it. It should be frowned upon today when plugin authors do the same.

Upsell custom branding. Upsell a 100 other things that add value. Don’t upsell removing a credit link that you are outputting in the user’s post content. This one problem with the plugin paints a stain over everything else that is good about it.

I do not want to end on a negative note. Recipe Card Blocks is a useful plugin for those who want more than a basic recipe block. It is almost more of a recipe management tool but not quite.

I would have taken a different route with some of the development based on the publicly-known plans for the plugin. For example, I could see creating a recipe custom post type separate from the block system. Then, allow users to insert these “recipe posts” into the block editor. With plans to add custom taxonomies to the plugin, it makes sense to keep the whole data layer separate.

It seems the plugin is torn between being a recipe block and a full recipe management plugin. I would like to see it fully commit to the latter because that seems to be the direction it is heading. However, from an architectural standpoint, it will need work to get there. It can still be done, despite two years of legacy code, and it has the opportunity to carve out its own space in the ecosystem.

If the plugin’s development team would remove the upsell of the credit link, I would absolutely recommend this plugin to people who want to run a serious, full-time recipe blog. It has those extra features like a nutrition label, a print button, and Schema markup that give it an edge over some of the competition. For users who simply want to add a recipe on their blog from time to time, it is overkill. 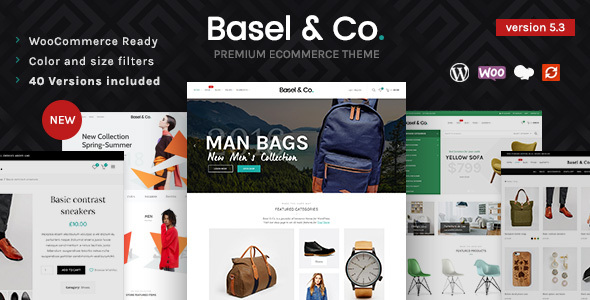 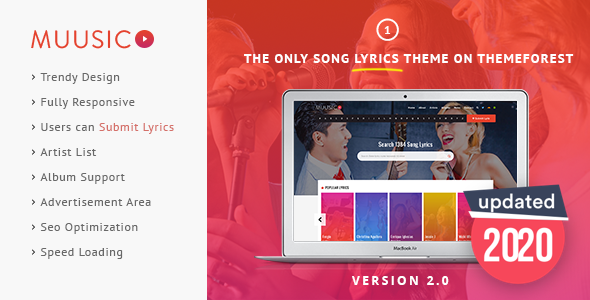